We all have habits—some are good, some are bad, and some are downright ugly. It often feels like they form arbitrarily, and that once a habit is formed, it won’t be broken. But you’re in luck! It turns out that all you need to make a habit stick is a little bit of time and patience.

Research has shown that habits form because your brain learns to transition into autopilot when doing certain tasks. It starts with a cue, which tells your brain to let an activity occur. Then, while performing the task, you’re teaching your brain a routine. The completion of the task results in a reward, which your brain remembers each time you do that task. So the more often you do something (like exercise in the morning before work), the more ingrained in your brain it becomes. But how do you create one of these positive feedback loops in your head? 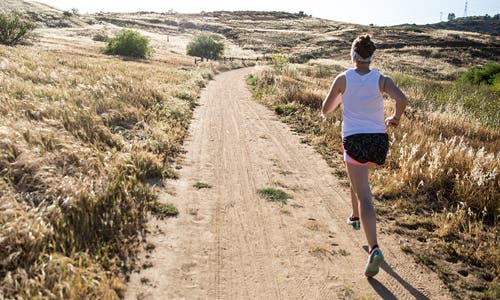 Change one thing at a time.

If you try to change everything at once, you will inevitably fail. No matter how hard you fight, trying to go for a run every day, transition from eating out to cooking all of your own meals (and meal prepping), and also sleeping eight hours a night will backfire. You’ll burn out, and the act of burning out may end up leaving your more discouraged than you were before.

So instead, try one thing at a time. Want to exercise more? Take whatever you’re doing now and add five minutes, ten minutes, a mile, whatever one step up from where you are now is. The key? Stay there. Don’t increase that increment every day. Don’t even increase it every week if you’re not hitting your goals. Slow and steady wins the race.

If you haven’t biked since you were 12 and haven’t run or swam in months, signing up to do an ironman in a month is a good way to get discouraged (not to mention injure yourself!). However, setting a goal to bike at least five miles a day for a month is more attainable. There’s nothing wrong with wanting to achieve a big deal goal, just make sure that you give yourself ample time to accomplish smaller goals along the way.

Have you ever noticed that when you brush your teeth or back out of your driveway, you don’t really pay conscious attention? That’s because you do the same thing, every day, in the same location. Now try to do all of those things on vacation, in a new location. It makes you stop and think about everything you’re doing, right? That’s because changing something about your routine breaks up the signal that this routine is the same one you practice at home. You have the opportunity to create a new habit out of an old routine—or just implement a new habit—because the newness of your location has laid the groundwork.

The biggest thing to remember about habit formation is that it takes time. If you’re trying to break a habit, that time might be even longer than when you first formed it. Set your goals, take baby steps, and don’t take yourself too seriously.