Off to the National Snowshoe Championships!

Brandy Erholtz, a member of Team Injinji, grabbed the top honors in the 10K Senior Women's division at the 2015 U.S. National Snowshoe Championships! Below isan account of Brandy's eventful race -

When I learned Snowshoe Nationals was in Eau Claire, Wis. this year, I figured it would be a great excuse for Asher (17 month old son) and me to travel back to the Midwest to visit family and friends.  I was able to find a frequent flyer flight into Duluth (where my sister lives) from Denver through Chicago. The only thing I was a bit nervous about was the less than 60 minute layover Asher and I would have in Chicago.

As the trip approached, the weather in Denver forecasted a blizzard. Matt (husband) ended up with a snow day, the day we were to drive to the airport so he graciously drove Asher and me. A normal 55 minute trip took 90 but we made it safe and sound and I had my luggage (blog for another time). Things were looking up as we did curbside luggage check in, got to go through the “fast” line in security and our flight was on time! We boarded, settled in and were ready to go. Forty-five minutes later, our flight still hadn’t left the tarmac—turns out flights in Chicago were grounded due to weather. We ended up off the plane and in the customer service line as there was no way we were going to make our connection. 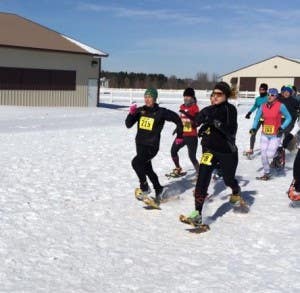 The kind lady at customer service felt some pity on me as Asher was getting pretty fussy  and I was struggling with holding him, my carry on backpack and snowshoe bag.  She rerouted us through Minneapolis to Duluth. The only downfall was Asher, I, the carry on bag and snowshoes now had some time to spend in DIA and then again in Minneapolis as our 2:30 arrival in Duluth was now scheduled to be 8:40 p.m.  (We left our house at 5:45 AM and I’d been up since 3:45.)

With a short nap at DIA, a picnic on the floor in Minneapolis, multiple carousel rides, one major break down by Asher, one by momma, and two poopy diapers we finally arrived in Duluth with Asher in his last diaper! My mom and sister were waiting for us and by 9:30 we survived the subzero temps and arrived at my sister’s house. Thanks to Injinji, the Snow Midweight OTC's had a smoother flight to Duluth and were there waiting for us. 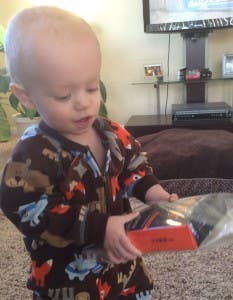 Friday morning, I got up and went for a short easy run on the Western Water Front trail of Lake Superior then the 2.5 hours drive to Eau Claire. Once in Eau Claire we stopped at the Convention Center for packet pick-up but did not do a course preview, checked in to our hotel, went to the mall to stretch our legs and then had an early dinner. I gave Asher a bath and then we settled in for the night. There wasn’t much time to get nervous or stalk my competition.

Race morning I woke up with the usual butterflies and nervous stomach.  However, the race wasn’t until 11:30. So my mom and sister did a quick coffee run. I enjoyed a dark roast with a Raspberry White Chocolate scone as we just hung out and I tried to relax.

We arrived at the race site about 10:30 as the men’s race was under way. I ran into a few friends from MN and did a twenty minute jog on the course with them. I was nervous.  Although the course had some rolling hills, they were nothing compared to the steep mountains which are my strength. There was also a noticeable lack of snow which wasn’t in my favor either. I do best on steep challenging courses. Because this race was early season, my speed was definitely subpar as I’ve been doing mileage and a handful of tempo runs but no true speed work.  Thankfully, Asher had been sleeping through the night for about a month and a half at this point and I was officially done nursing about two weeks prior so I was starting to feel human again.  I had only been on my snowshoes twice this season, once in training and once for a snowshoe half marathon in Leadville about 3 weeks beforehand. At least I had age, experience and the altitude advantage on my side!

The gun went off—immediately in snowshoe racing you are pretty much “redlining”. Each time I race, I am humbled at how difficult and uncomfortable it feels. However, I reminded myself if you just embrace the pain eventually you’ll get used to it. I had a slight lead about 600 meters into the race. We got to 4K and in my head I was thinking-there has to be a mistake, we can’t only be at 4K. However, by 5k, Margot was right on my heals.  From here on out, she’d gain on me any time we approached a flat open section and I’d gain a small lead on single track and some of the downhill. We were evenly matched and it definitely became a battle of wills. We didn’t talk much but did exchange a few encouraging words and were pushed on by the cheering of the crowd and some of our male competitors. I am not sure how many times we went back and forth. On some of the turns, I could see 3rd place wasn’t too far behind us either. This was motivation to keep going. 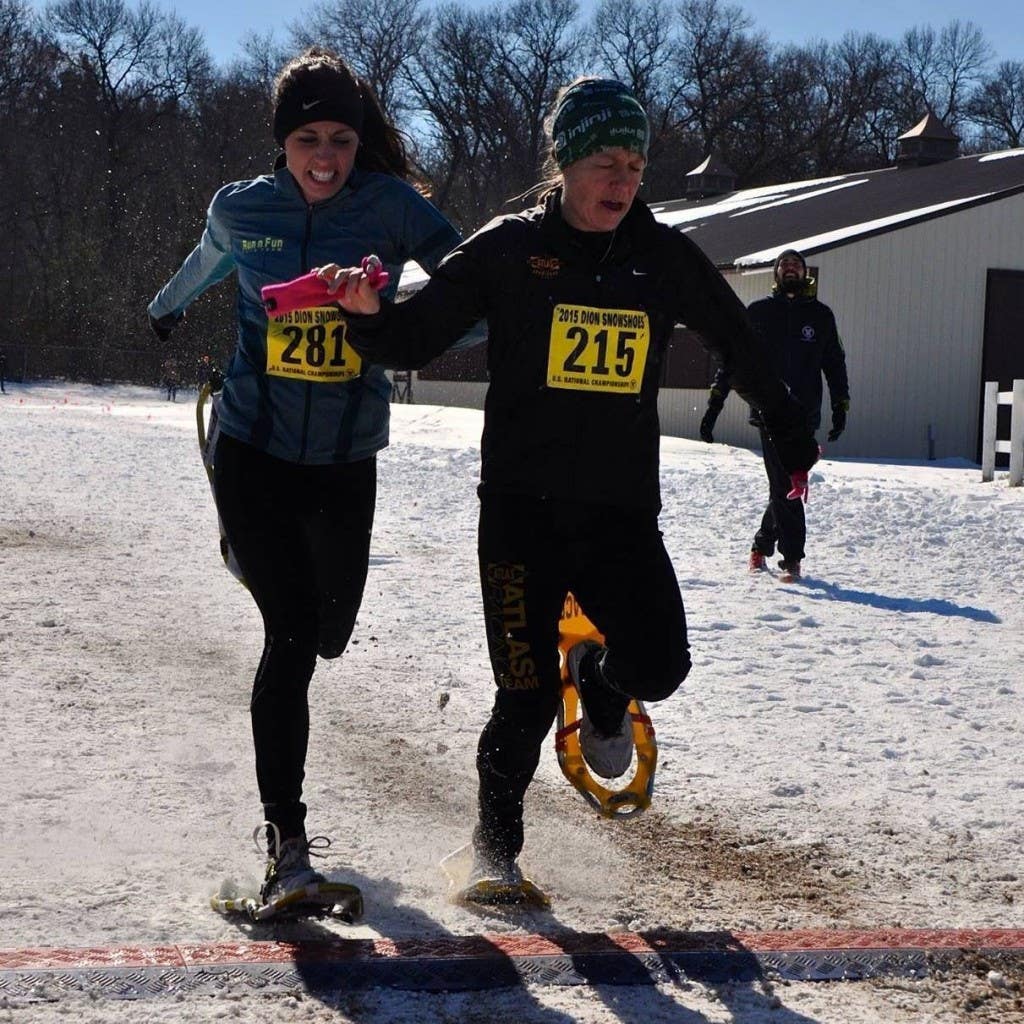 As we approached the final 4-500 meters, Margot had the lead and appeared to have gained a bit of distance on me. I didn’t want to be the “first loser” again. I decided I had to dig deep and go to the “pain cave”. We crossed the line with our legs tangled and both fell to the ground. In a photo finish, I won by .2 of a second! I got to spend the rest of the weekend catching up with friends and family. The trip back to Denver was much smoother and Asher slept on grandma during the entire race.

To learn more about snowshoeing, check out the United State Snowshoe Association or International Snowshoe Federation.  Next year’s National Championship will be held in Ogden Utah at Powder Mountain Resort February 26th-28th.  A bucket list snowshoe race I still want to do is this one Ciaspolada (Italy).

Thank you Injini for my snow socks.  They are awesome—they kept my feet warm and dry despite near zero temps.  I haven’t had even one blister or any toe rubs since I started wearing toe socks back in 2012.

Thanks also to Atlas Snowshoe Company for my racers and New Balance for all the support, gear and shoes that have kept me healthy for twenty-five years and Honey Stinger for your fuel!