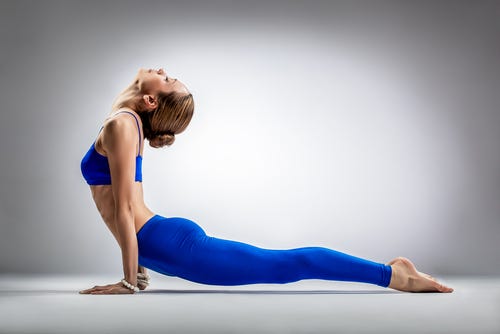 As cultures around the world have begun to place a greater focus on physical fitness and the balance between mental and physical health, we hear a great deal about the benefits of yoga. We’ve heard yoga has the ability to decrease stress, lower risk factors for chronic diseases like obesity and heart disease, and help with pain management through stretching. What we don't hear about, however, is where yoga began and how it has transformed over the years.

While most modern Yogis are aware of the practice's Indian roots and spiritual connotations, comprehensive research on yoga's origins is difficult to find, and its available history is a lengthy and complicated narrative of conflicting ideas. Even the word "yoga" has taken on hundreds of meanings throughout the decades. For instance, even the Sanskrit word "yoga" has several interpretations, from "finding active and purposeful use" to "join" to "concentrate."

While we can use the major milestones of yoga as a way to outline a brief history of the practice, fully understanding the rich and complex roots of yoga is something that takes years of study. So to start you off with your study, here’s our digest version of yoga and its beginnings.

The Beginning of Yoga

Historians aren't positive when the practice or notion of yoga originally emerged, but the term "yoga" is found in the earliest known scripts of ancient India, known as the "Vedas." These writings come from the Vedic period in 1500 BCE and reveal some of the earliest notions in Sanskrit literature and Hindu scriptures. In the Vedas, the term "yoga" means a yoke, or a chariot in battle. In some places, the term yoga within the Vedas describes a warrior carried by his chariot to heaven.

In the Vedic period, ascetic priests, who devote their lives to self-discipline and the avoidance of indulgence, conduct sacrifices in poses that some researchers believe have formed the foundations for the asanas (yoga poses) we use today.

The Development of Classical Yoga

During the third century (BCE), mentions of the term "yoga" become more common in Buddhist, Jain, and Hindu writings. Within Mahayana Buddhism, yoga emerges as a meditative or spiritual practice which relates to some of the values we use in modern yoga today. The practice is Yogachara and involves various forms of meditation.

The concept of classical yoga is generally attributed to an Indian sage called "Patanjali" who translated the oral tradition of teaching yoga from teacher to student into a classical written work – the Yoga Sutra. This 2,000-year-old text describes yoga philosophy and the various values involved with yoga as a practice.

The first value is about analyzing internal cognitive states and perception, and encourages people to understand the source of their suffering and use meditation as a solution. The idea is to ascend from bodily pain to reach a higher state. The second value of yoga is to broaden consciousness, and the third describes yoga as a path to transcendence.

Centuries after the initial writings of Patanjali, newer yoga masters devise an approach to yoga centered around the concept of rejuvenating the body and enhancing wellbeing. From that, Tantric yoga emerges using unique, and somewhat bizarre, techniques to cleanse the connection between physical and spiritual existence.

During the fifth century, the Tantric scriptures outline new ideologies for practicing yoga. Instead of focusing on liberation from a suffering existence, yoga is about the search for peace, happiness, and transcendence.

So when exactly did yoga emerge as part of a fitness regime? For thousands of years, yoga was a term used in a spiritual or religious context. However, in the mid-19th century, it captured the attention of Westerners, intrigued by Indian culture. Part of the modern popularity of yoga in the west can be attributed to Swami Vivekananda, a Hindu monk who led a group of yogis around Europe in the 1890s, spreading knowledge of positive thinking and meditation.

Hatha yoga – the practice we are most familiar with today – didn't emerge as a common exercise until the 1940s.

Today, yoga is practiced in a variety of forms and for a number of reasons. Whether you’re looking for something that benefits you spiritually, physically, mentally, or even emotionally, there is surely a yoga practice you can find that fits your needs.