Cycling Across the World: Injinji Explores the Transylvanian Countryside

Someone once said, “Life is short, and the world is wide.” And here at Injinji we truly believe that. We make toesocks that will carry you through any type of adventure, domestic or international, and that will keep you comfortable along the way. We also hire people who feel called to explore the world. So when our Director of Ecommerce and Operations, Claire Kooperman, told us she was heading out on another adventure to a new location, we weren’t surprised. Claire likes to push herself physically and mentally to find new places and experience new things regularly. But this time, she was heading out on a new type of trip: a cycling trip through the historic Saxon towns in Romania. Read her story.

It all started with a plane ticket. Not just because I needed one to get to my destination, but because I had expiring airline points that amounted to a plane ticket anywhere in the world. Not the worst reason for an adventure, right? 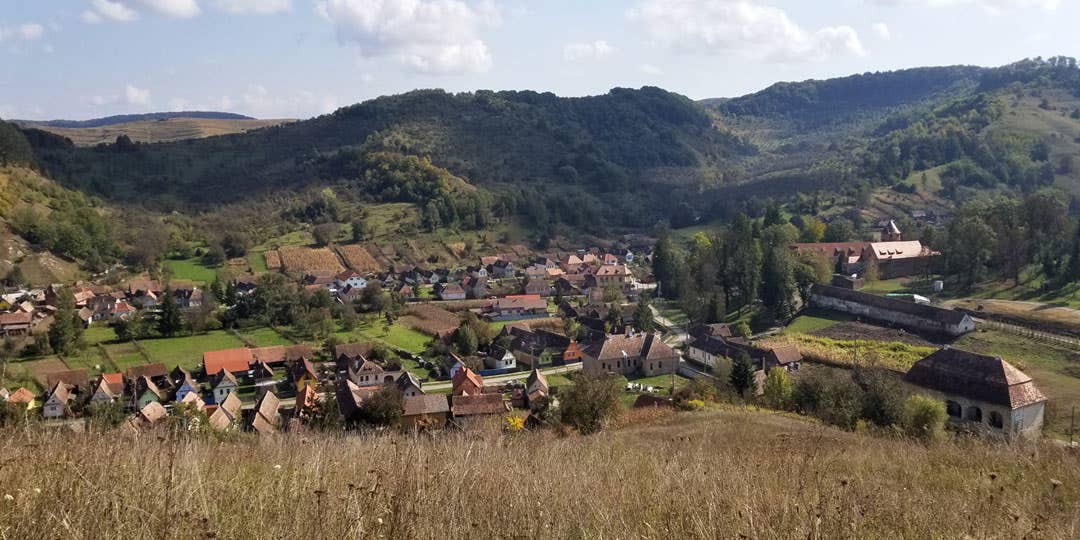 So my wanderlust gene kicked in and I started searching for some sort of trip that would 1. use that plane ticket and 2. get me somewhere I’d never been, for an adventure that challenged me, inside and out. I’m a very active person, so I like to bring that aspect into all my travels, which is how I found The Slow Cyclist.

The whole idea behind a Slow Cyclist trip is to bike through a location you’ve never experienced, something that is right up my alley. While they offered a few different countries to explore, my eye was drawn to Transylvania. The home of Bram Stoker’s Dracula, this area of the world is actually part of modern-day Romania (and I promise it’s not made up).

Another reason I picked Transylvania is because I miss autumn. As a Michigan girl living in ever-sunny California, I miss crisp air, changing leaves and the ability to wear a sweater and jacket without sweating in the most unimaginable way. Plus, Romania, and specifically Transylvania, are steeped in a history I didn’t know much about, beyond my studies in high school. I was excited to experience a new place, learn a lot, eat great food and bike somewhere breathtakingly beautiful.

I was also excited to push myself outside my comfort zone when it came to travel. You see, I’ve done a lot of traveling in my not-so-numerous years. I’ve backpacked in the mountains, camped in the deserts, biked all over the place, and done some other traveling. But normally, it’s with a group. This was the first trip I ever took where it was just me for half of it, the other half with strangers, traveling halfway across the world, exploring and getting myself from point a to points b, c, d and beyond. I had to navigate places where there were language barriers (though I quickly discovered how many people speak English in most large cities abroad), where there were different travel norms, where I wasn’t exactly certain how to get to the next point. It was wonderful.

The trip itself was nothing short of life changing. It sounds cliche, doesn’t it? But it’s true.

Day one was a lot of travel, from San Diego to Amsterdam, where I got to get out and stretch my legs on the layover, then on to Bucharest, Romania’s capital. I slept, refreshed and then it was back to the airport! I landed in Cluj, the second largest city in Romania, where I stayed for two days (much recommended for getting one’s bearings and catching up to a new time zone), exploring all that the city had to offer. Between the town squares, churches, architecture and history, it was a fun two days. I met up with my Slow Cyclist group, and then we had to drive about three hours to where the actual biking began.

The group was a great mix of people, from different countries, ages and different backgrounds. There were three Americans, two Canadians, one German, one Brazilian, and then the rest were British. In a group of about 13 people, everyone seemed to get along. We rode mountain bikes from village to village, often along the ridgeline of the rolling hills deep in Transylvania, then into the valleys where we stayed in homes that made you feel like you were stepping back in time. Each meal was handmade by a local, rich with hearty flavors that filled you up to the brim. It took us a few days to realize that while eating a large, warm, filling lunch felt magical in the moment, you still had to get back on the bike afterwards and keep pedaling… There is nothing worse than biking uphill on an overly full stomach!

Each day was a little different from that last, some days offering hiking options if people didn’t want to bike or having a picnic in the woods, surrounded by charming greenery and the feeling of living in a fairytale. I was the only woman to attempt (and finish!) every bike ride, which felt good, especially since the only real biking experience I’ve had is on the flat roads of San Diego. (Side note: If I were going to do this again, I would do some real mountain biking, somewhere with hills and challenges, because that was not easy! It was extremely fun, though.)

I couldn’t tell you what the temperatures were throughout the trip, since everyone kept telling me in Celcius, then laughed when I didn’t really know. To add to my confusion, all the distances were in kilometers, so I never really knew how much biking I was getting myself into. But that’s part of the fun of the adventure! I woke up each day with a smile on my face, excited to see what the day had in store for me. I learned about the history of this area of the world, tucked into a modern day country but feeling like a blast from the past. I learned about a different way of life, where even if you don’t have much, you have your health and your ability to explore and experience new things. I learned that I’m capable of traveling internationally and meeting new friends to share memories with. It was a wonderful adventure with my trusty Injinji toesocks, and I wouldn’t change it for the world.

Adventure is the best way I could describe this trip. From the moment I decided I was going to book it to the moment I landed back in the states, there was always something new on the horizon. I’m so glad I went, and I’ll be remembering it for the rest of my life. Now, it’s time to save and plan for the next excursion! 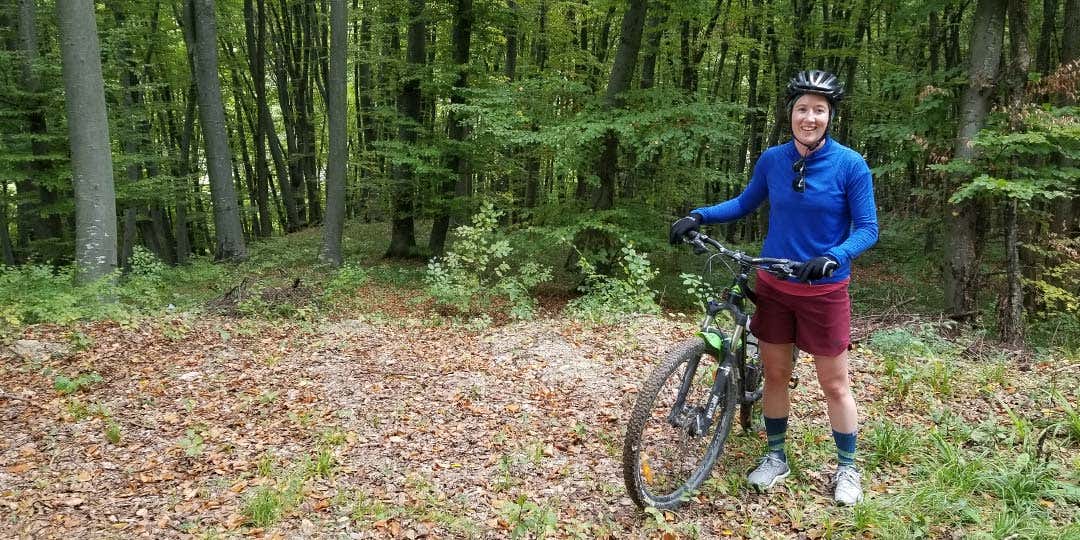 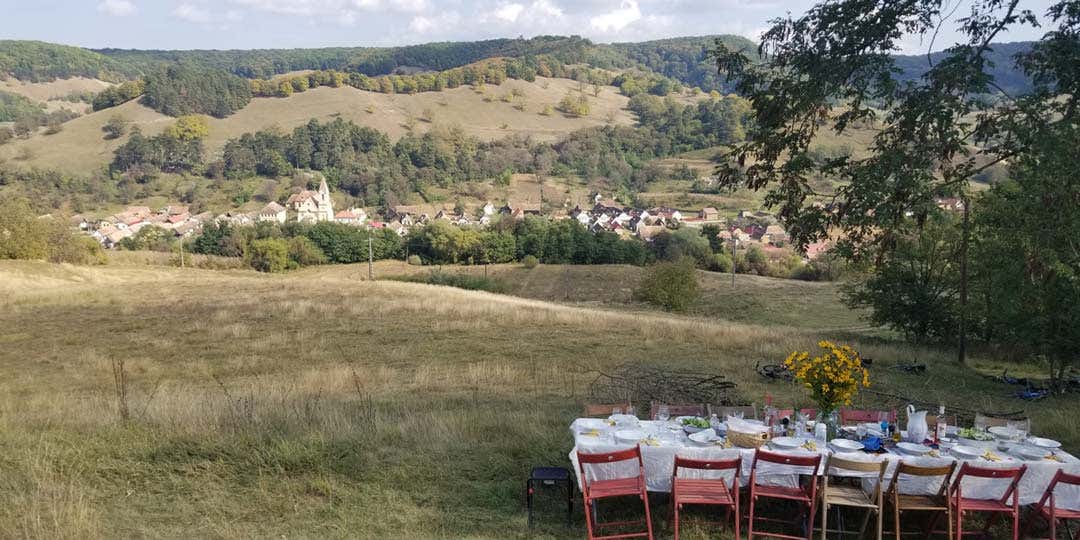 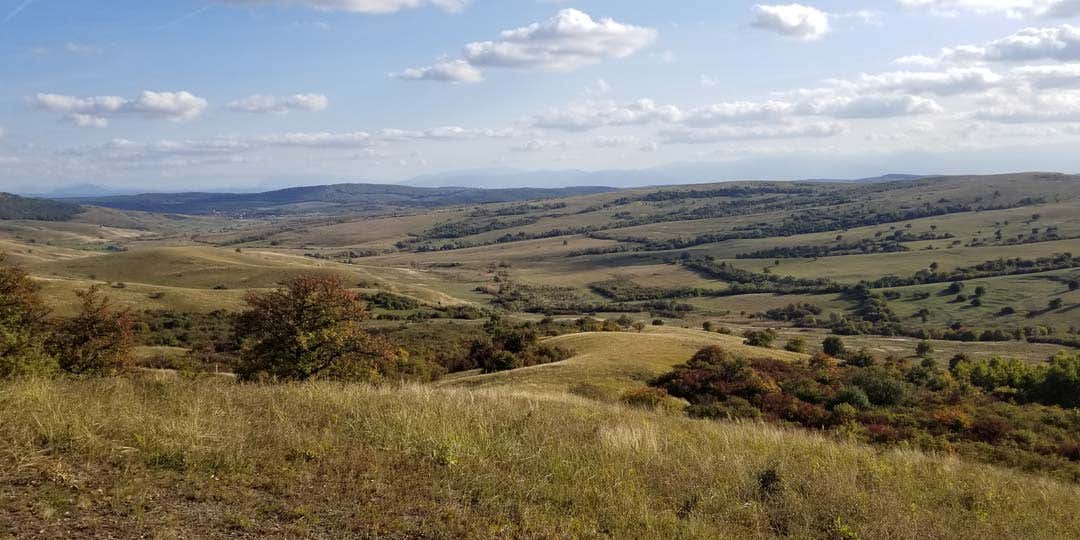